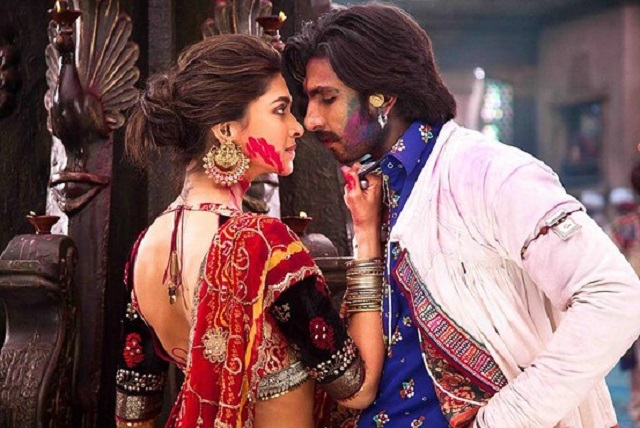 The opening shot proves that Sanjay Leela Bhansali has not lost his touch and is back with a bang. A big budget bang called Goliyon Ki Rasleela Ram-Leela, portraying the love saga of Romeo and Juliet – a splash of colours, costumes, dance, drama and a lot of bloodshed.

The story revolves around Ram and Leela who belong to clans which are enemies for 500 years. They live in a town where using guns is not illegal.

The Rajadis and the Sanedas are two clans who cannot stand each other and kill at the drop of the hat. There builds a love story with a lot of passion. Will they survive the force of enmity? Does love succumb or emerge a winner, this time!

The main lead is played by Ranveer Singh and Deepika Padukone who have sizzling chemistry and have never looked better. The character of Ram played by Ranveer is totally molded by his attitude, his six packs and his hair, throughout the movie.

Deepika, on the other hand, is stunning and dances in abandon. Her costumes are the highlight of the movie.

The character of Dhankor Baa, who is Leela’s mother, is played by Supriya Pathak and she is so powerful in the story, with both her attire and attitude being astounding. She truly takes the cake and gives an award winning performance.

Other characters played by Richa Chadha, Sharad Kelker, Barkha Bisht, Raza Murad and Gulshan Devaiah as Bhavani are too good and have been treated very well.

A few scenes stay with you – one is the kiss between Ram and Leela on the ledge, the other is when Ram and Leela elope …the camels going on one side and the tempo going to the other side …the desert sand in between, the shot where Ram and Leela argue after they elope next to the Udaipur Lake with the palace in the background and the setting sun is absolutely brilliant. The scene where the Sanedas are chasing Kesar Bhabi to kill her through the town ruins in her black flowing outfit is terrifyingly perfect.

The use of colours by art director Wasiq Khan is fabulous. The flaws are too many songs and almost all of them are same, though the music is superb. Too much fighting and bloodshed for no reason. Glimpse of ‘Hum Dil De Chuke Sanam’ and ‘Devdas’ can be seen along with background score from Bhansali’s earlier movies many a times.

Over all a passionate larger than life magnum opus but could have been better as it is a Bhansali production.