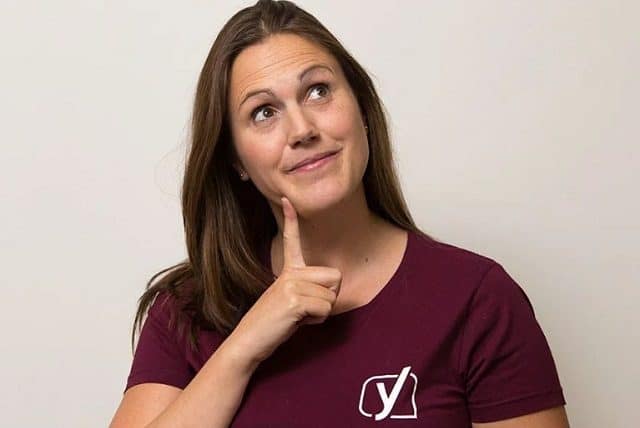 Marieke van de Rakt is the new CEO of Yoast. Founder of Yoast Academy and former Chief Strategy Officer at Yoast, she is thrilled to take on her new role.

Yoast is a search-optimization firm based in Wijchen, Netherlands. It develops and supports the popular Yoast SEO WordPress plugin. The plugin has over 5 million active installations.

Marieke joined the company in 2013 after obtaining her Ph.D. in Social Sciences and working at various universities. In 2015, she started developing Yoast’s first SEO training: Basic SEO. Soon other courses followed.

Today, the company offers an impressive portfolio of SEO courses, tailored to the specific needs of people wanting to learn about SEO.

In 2014, Marieke joined the board. She took on the role of CSO and was heavily involved in the company’s strategy for growth, being responsible for content, marketing, research and project management.

“I don’t think there will be big changes inside our organization,” Marieke said, adding things will pretty much keep running the way they were always running.

“[However,] I am very curious to what extent people will treat me any different now that I am the CEO of the company,” she said.

The Yoast board exists of 4 people. As Marieke van de Rakt takes on the role of CEO and Joost de Valk as CPO, Michiel Heijmans continues to be COO and Omar Reiss remains CTO.

“I first started working with WordPress when my husband build a website for me. At that point, I was working at universities, doing criminological research. As Yoast grew, I became more involved with WordPress.,” Marieke said.