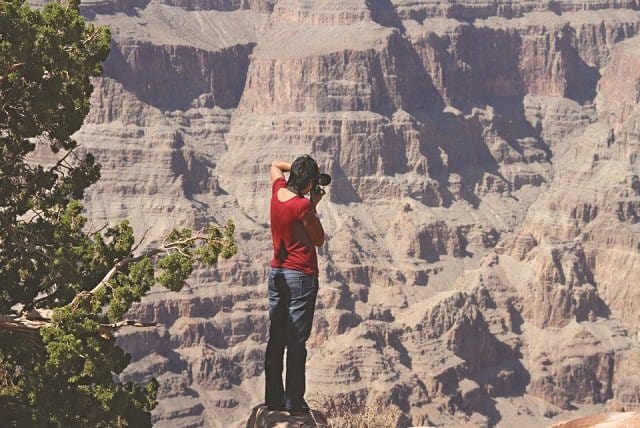 Honeymoon needs to be perfect because it comes mostly once in a lifetime. And, so it has to be planned properly for the newly weds to feel special and pampered. Gautam and I without much debate opted for hiring the services of a travel agency as we didn’t have the time or the energy to get into tedious travel and stay arrangements. On the bright side, marriage and honeymoon do get one’s office to sanction a longer leave.

Normally for a working couple it’s not the best idea to go to far off places only for a short ‘touch & go’. One needs some time to see & experience places, especially far off ones like US or Australia, after an investment of a 16-hour flight.

Gautam and I decided we wanted to holiday in America and see it coast to coast. For us this was a choice based on making best use of our time through this leave allowance, which otherwise might not have come along.

We wanted to see the lively cities of San Francisco and Los Angeles in the West; which are in sharp contrast to the incomparable Las Vegas and to the East Coast cities – the breathtaking Niagara Falls, historical Philadelphia, the capital Washington D.C. and the frenetic New York. We wanted to explore the states that are the foundation of America!

We got our travel agency to work out the logistics and stay. And they really did do a phenomenal job. We luckily even got a complimentary upgrade to a limousine to ourselves for our West Coast travels.

In a deep breath I can rattle off that we got to see America’s West Coast truly inspirational scenery and lifestyle. On our itinerary we got to experience the charming City by the Bay to the glitz and lights of Las Vegas and the glamorous, celebrity-filled city of Los Angeles. We went from the scenic wonders of the unique American West from the comfort of our car to the fog-shrouded mountain ranges, desert landscapes, sun-drenched vineyards, lush forests and sandy beaches provide the backdrops to huge cities and sprawling suburbs.

Landing at LA, we were immediately whisked off on a connecting flight to Las Vegas, our first port of call. We got to experience Las Vegas at night, which is when it comes alive with the lights of the casinos dazzling the dark dessert sky. We got to drive down Las Vegas Boulevard also known as The Strip to Fremont Street, an experience not to be missed. Following a helicopter ride over the strip, we were busy visiting the various theme hotels and one of the most memorable moments saw the two of us moving to Frank Sinatra at the dancing waters of the Bellagio fountains.

Next day kicked off with a drive out to the Hover Dam and Grand Canyon. We saw the breathtaking scenery of Grand Canyon by boat on the canyon river, from the glass panes that look down into Grand Canyon called ‘Sky Walk’ and also on a chopper ride.

In a matter of a day we went from the silence of the Grand Canyon to the bustling Los Angles where not a single moment was spared beginning with a drive past Beverly Hills, the famous Sunset Boulevard and Rodeo Drive. The film buffs within us were let lose at the Mann’s Chinese Theatre, the place for most premieres and later at the Kodak Theatre that plays host to the Oscars. The day wound with a walk down the Hollywood Walk of fame and ended catching a glimpse of the iconic HOLLYWOOD sign.

No visit to LA can ever be complete without a trip to Universal Studios’ theme park where for a moment you get to be a part of some of your best loved films such as Psycho, Jaws, Jurassic Park and many more. Waltzing through the park’s Psycho Bates Motel we were chased by Norman Bates himself and later even spotted some of the desperate housewives who live on Westeria Lane before the adventure of Water World replete with pyrotechnics and jaw dropping stunts. The thrill of Universal Studios finally ended with dinner at The Grove, one of LA’s favorite entertainment and retail venues.

We found ourselves next in San Francisco and cruising along the Pacific Bay with sights such as the infamous Alcatraz Prison and a 360-degree view of the Golden Gate Bridge. The sights looked better with the classic chowder at Pier 39, Fisherman’s Wharf, and now we were more than ready to walk along Lombard St., the crookedest street in USA. Next up was a drive to San Diego, the capital of California, where the entire day was spent exploring historical ships such as The Indian Star docked along the day.

Ending our west coast sojourn, we headed east and discarded the planned comfort of a travel agency and, ready for what lay ahead, we took off on our own. Two leisurely days were spent exploring the “Big Apple” and bungled in between the must-do visit to Statue of Liberty, Times Square, Empire State Building et al, visits to museums and pubs and restaurants, the “City That Never Sleeps” truly lived up to it’s reputation.

Everyone would recommend a trip to the Niagara Falls and speaking from experience I’d suggest undertaking that via a bus-ride through upstate New York. The changing colors of the leaves, if timing permits, is a treat to the eyes and the tranquility prepares you for the world famous Maid of the Mist Boat Ride. Do keep in mind that Niagara Falls and its tourist attractions are open in summers from 18 May till mid Oct only.

The journey back to New York was through Washington DC and its spectacular sights of the United States’ history like Washington, Lincoln and Jefferson memorials as well as the Vietnam and Korean War memorials. For the music buffs a stop-over at Mr Henry’s Restaurant on Capitol Hill is a must after all this was the place where musical great Roberta Flack started her singing career. One could also make a pit stop at Philadelphia and view the Liberty Bell and the room where the American Declaration of Independence was signed.

There is much to cover in US and especially when you do coast-to-coast. Some would say it’s hectic, and hectic it is, and some would say to take it easy, But, if you are on a honeymoon the joy of the company will make it easy and unforgettable, of course!