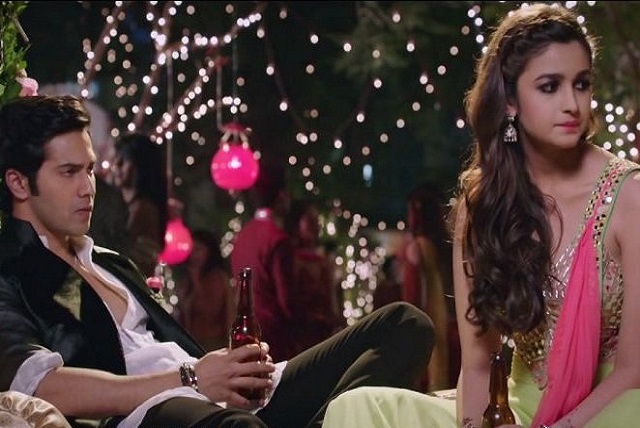 Humpty Sharma Ki Dulhania story begins with this bubbly young girl Kavya (Alia Bhatt) who comes to Delhi from Ambala to do some shopping for her own wedding. She meets this young charming Punjabi guy Humpty Sharma (Varun Dhawan) who’s real name is Rakesh Sharma inspired by the astronaut himself.

They are just friends and then they fall in love which was obvious. The glitch is that Kavya is engaged to Angad (Siddharth Shukla) from America. Kavya’s father (Ashutosh Rana) is strict and does not believe in love so will not allow a love marriage so the couple decides to let the love die.

Just before Kavya’s marriage to Angad, Humpty lands up in Ambala and decides to fight destiny. And then the confrontation starts between the girl’s father and her lover.

HUMPTY SHARMA KI DULHANIA, directed by Shashank Khaitan, is a Karan Johar movie but does not have any flavour of a typical Karan Johar film. Alia Bhatt and Varun Dhawan carry the film solely on their shoulders. The lead pair is refreshing, together. Varun has grown as an actor in many a ways in this movie; Alia is cute and the chemistry between them is as usual.

Siddharth Shukla plays the bridegroom on his Bollywod debut. He is a good catch but the guy’s character has not been given enough leverage somehow. Ashutosh Rana whom we have seen earlier in many a movies has given an outstanding performance in the film. All other characters are simply wasted.

Music is average in the film. The song ‘Main tenu samjhawa ki’, has been revamped for this film and is a good number. The other one is ‘Saturday Saturday’ and that’s the end of the music in the film which was quite a layback from a Karan Johar standard.

The film sadly lacks a script. It is the same old love story with an abrupt ending. They just end and reconcile and show nothing as to how, what, when, why!!!

In one line – The movie is okay for a one time watch on DVD. Go only if you are a fan of Alia Bhatt and Varun Dhawan.