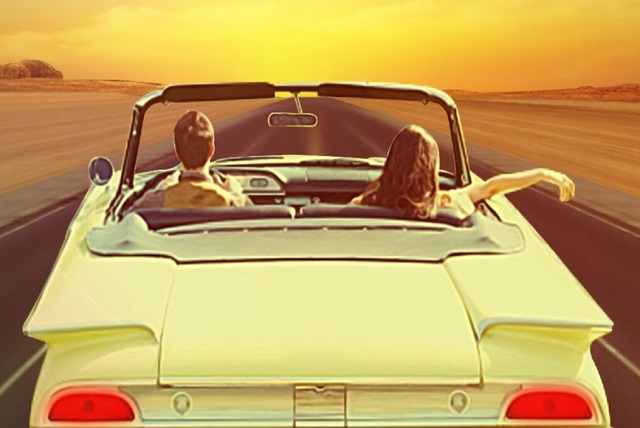 When I say ‘Romancing The Wheels’, I mean it in many ways. Sometimes it’s the wind in your hair, the power under your accelerator, the speed you drive on, the trees passing by silently, the river flowing with a gush, currents gurgling with laughter full of energy making noise as if no one is listening to them.

Sometimes it’s romance that you see with your eyes while you drive on long unwinding beautiful country roads. Many a times it’s the freshness of the rain or falling leaves which fall on your windscreen while you pass by. Oh… the changing colours of the mountains and the hills we leave behind when we drive on for days and nights.

On the other side, it’s the music which plays in our head when we hear the gurgle of the river flowing, the whistling of the falling leaves, the wroom of the car, the cassettes and the discs we carry along.

The songs we hear and sing on full volume while driving, as we know no one can hear us. That I think is the best time we have.

I always wonder how people used to travel when they did not have music players in their vehicles! How could they enjoy their drive without any music? May be they used to sing and make music along the way.

When it comes to music we hear while we are on the road there’s nothing to beat Bollywood songs which are growing with us since decades. There are travel songs on bicycles like the one in Annadata – Guzar gaya din; and Sanware salone aaye din bahar ke from Ek Hi Raasta in which Sunil Dutt and Meena Kumari are riding a double bike and there’s Hemant Kumar, Majrooh Sultanpuri’s magic.

Then there is the magic of the great O.P.Nayyar and the famous Tik-Tok…..Tik-Tok  trotting of the horse. This we see in Naya Daur – the melodious Asha and Rafi song Maang ke saath tumhara. A very handsome Dilip Kumar and a beauty called Vaijayanti Mala in a horse carriage, singing. There is happiness in the hoofs of the horse and love is in the air.

And how can we forget Chod do anchal from Paying Guest, Hai apna dil toh aawara and Piya piya piya from Baap Re Baap.

Many a songs just have the wordings which indicate travel in many forms but there’re no visuals connecting to that. In this category I would say are Chalte chalte mere yeh geet, Chal chal chal mere haathi, Nadiya chale chale re dhara…. songs like these which indicate travel.

Then, we have songs in and on the train like Bombay se baroda tak in Rafoo-Chakkar, Kanchi re kanchi re and Chal chhaiya chhaiya. There’s one in a passenger train too in Ajnabee – Hum dono do premi, in which Rajesh Khanna and Zeenat Aman hide in hay stacks and run away from the hands of the cruel society for love.

There are also songs that I would like to mention here, especially for they being personal favourites:

– A dashing Shashi Kapoor on a motorcycle riding down the road along the river on muddy tracks with panghats and bathing damsels singing Ek raasta hai zindagi in Kala Patthar.

– Then there is Jo tumko ho pasand in Safar a 1970 movie which has a slow beat with echoing birds flying along with Feroz Khan and Sharmila Tagore along with Mukesh and Indeevar.

– Also, Kya khoob lagti ho from Dharmatma with Feroz Khan and Hema Malani in a blue jeep drive into desserts and hills. Don’t miss the beats in this song.

This last one I love the most as it says – Tum bhi chalo, Hum bhi chalen, Chalti rahe zindagi.